Amendment To Electronic Transactions Act In Singapore: Opening Up New Opportunities For Traders 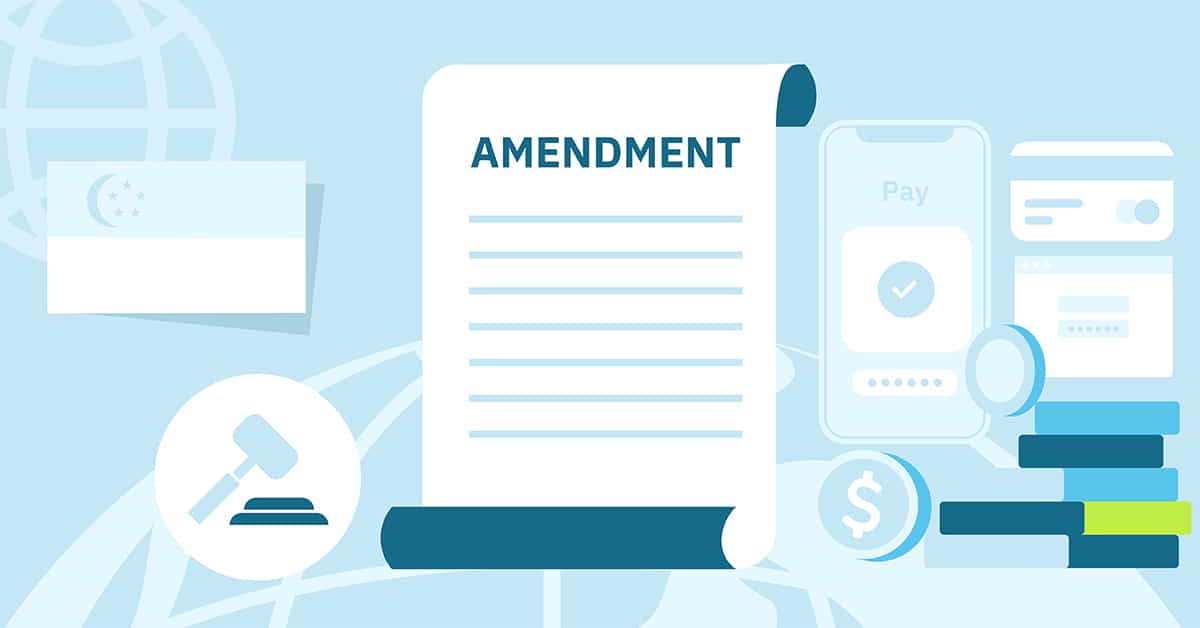 February 1st, 2021 witnessed an amendment to the Electronic Transactions Act (ETA) which was passed in the Singapore Parliament. This puts Singapore at the forefront of digitization and new opportunities, especially for traders. The increased use of digital documentation for international trade is set to significantly reduce costs and time spent on complex paperwork. The Digital Container Shipping Association estimated that if half the existing shipping lines switch to the electronic bill of lading, around US$4 billion can be saved annually. Singapore is now a forerunner in the adoption of the United Nations Commission on International Trade Law (UNCITRAL) Model Law on Electronic Transferable Records (MLETR) by extending the scope of the ETA to transferable trade documents and instruments.

This amendment is a reflection of Singapore’s determination to become a Smart Nation, enabling digitized trade-related documents. This Amendment has particularly benefited the maritime industry by including bills of lading (acknowledgment and ownership receipt of cargo) and bills of exchange (documents used primarily for cross-border payments) in the scope of the Electronic Transactions Act. This benefits the end-consumer by bringing down costs involved in trade financing, transportation, and legal documentation.

Before the bill was passed, the majority of maritime trade involved the usage of physical bills of lading. These legal and commercial documents act as proof for the ownership of goods, contracts of carriage, and receipts for any cargo shipment. Maritime trade law is extremely complex and intricate, so a single transaction would involve immense paperwork running into hundreds. This was draining both time and money but was necessary for trade. Research by Maersk and IBM in 2014 stated that this documentation processing cost constituted about 20% of the entire cost of shipping goods.

The trade sector is set to see multiple benefits upon the announcement that electronic bills are at par with paper bills. The increased speed of review, approval, and transmission would enable more financing. The financer would be in actual possession of the electronic bill of lading before releasing the goods giving them the right of possession of goods. This ensures better regulatory capital treatment, brings down the structural risk associated with transaction, and helps lenders to be compliant with the Code of Best Practices.

Apart from Bills of Lading, the digital versions of promissory notes and bills of exchange are going to be considered functionally equivalent to the original paper-based transferable documents. There has been an increased use of bills of exchange and promissory notes for cross-border payments in the recent past. These instruments are a simple unconditional debt obligation payable on a particular due date. To present these bearer instruments for cross-border payment or domestic payment, one would need to have the physical original paper document. This procedure was structurally challenging and also enabled the Power of Attorney to execute this on behalf of the drawee/ drawer. These paper-based bearer instruments also raised security concerns when one was physically in possession of them. Electronic acceptance of these instruments simplifies the structural and logistical processes of using these. The usage of electronic bearer instruments can be further explored on electronic platforms for cross-border payments and receivables. Since Singapore is one of the first countries to promote the digitization and legitimization of electronic trade documents and other countries are yet to digitize their trade processes – it has stated that it will continue to operate with countries using physical records till they follow suit.

The amendment is set to also change the course for important documents like a Lasting Power of Attorney (LPA) to be digitized shortly as a part of Singapore’s plan to become a Smart Nation. The final leg of any trade is the cross-border payment, therefore, digitized cross-border trade is believed to enhance the B2B cross-border payments process by bringing down the time and money that is involved in processing a huge amount of paperwork.

To conclude, the amendment to the ETA, when widely accepted by all, will make the entire trade process transparent and traceable. It is believed to significantly reduce fraud involving fake duplicates and reduce the need for letters of indemnity. The traders will witness increased productivity and efficiency in their line of work and see the bill as a boon to their industry.

Adoption of this globally synchronized framework will allow the creation and use of Electronic Transferable Records, legally aligning it with Singapore’s trading partners and benefitting the players of the shipping, finance, and legal sector – both domestic and international. The consistency, transparency, and ease of usage are expected to promote cross-border as well as domestic transactions. The Amendment Act also puts into place reliable methods to ensure the ETRs are authentic and reliable. The shift to digital trade will enhance the trade processes and business confidence, making Singapore a leader in the digital transformation of finance, trade, and maritime.

Amendment To Electronic Transactions Act In Singapore: Opening Up New Opportunities For Traders 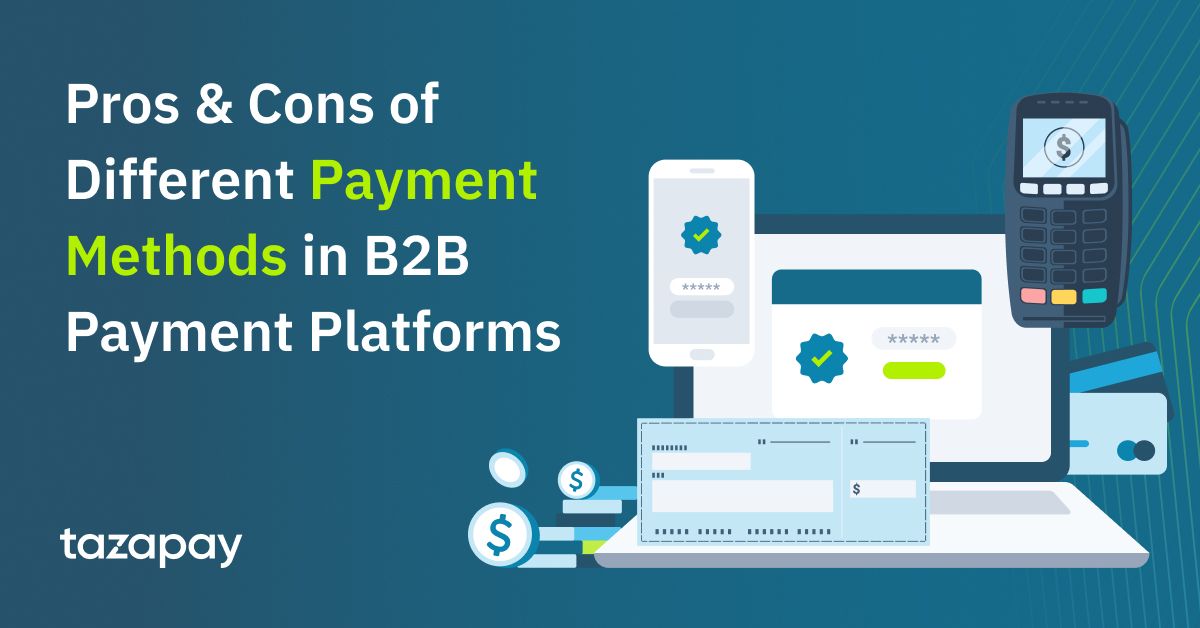 Having a multitude of different payment methods [https://tazapay.com/blog/b2b-checkout-best-practices-to-increase-conversion/] is vastly advantageous to the discerning digital merchant as compared to sticking with a single payment method. For B2B payment platforms, having a variety of payment methods matters because it not only helps in garnering a positive experience amongst local and international users, but also decreases checkout abandonment [https://tazapay.com/blog/why-multiple-localise 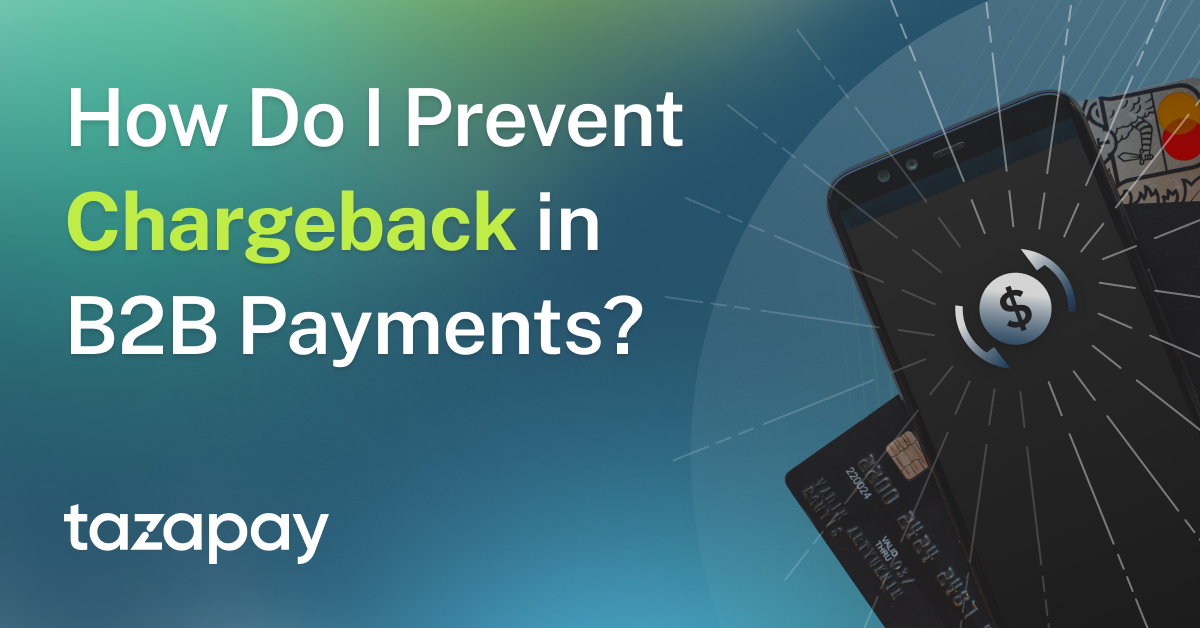 How Do I Prevent Chargebacks in B2B Payments?

It is an accepted fact amongst merchants both experienced and inexperienced that not every transaction is smooth sailing. Sometimes, friction between the merchant and the customer occurs that then leads to a bothersome dispute resolution process. In business conducted between businesses, or B2B, these disputes can be costly to either party involved so it is in the best interests of a B2B to take preventative measures against them. One common dispute that both B2C and B2B businesses may encount 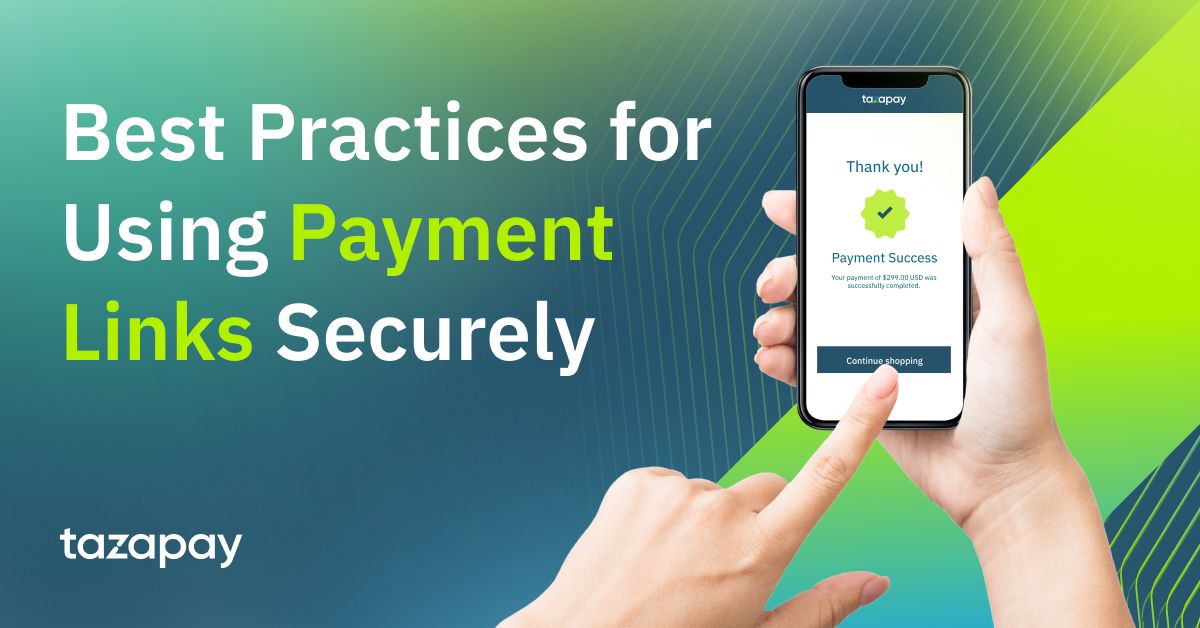 Payment links [https://tazapay.com/payment-links] are an easy and convenient way for digital merchants to provide a means for online checkout without much fuss nor hassle for both the customer and the merchant. These payment links, which can be any link that has to be visited by the customer to send money to the merchant typically as a purchase of a product or service, also allow the budding digital merchant ample opportunity to try out different approaches to customer engagement thanks to the v