What You Need to Know About The RCEP Trade Agreement 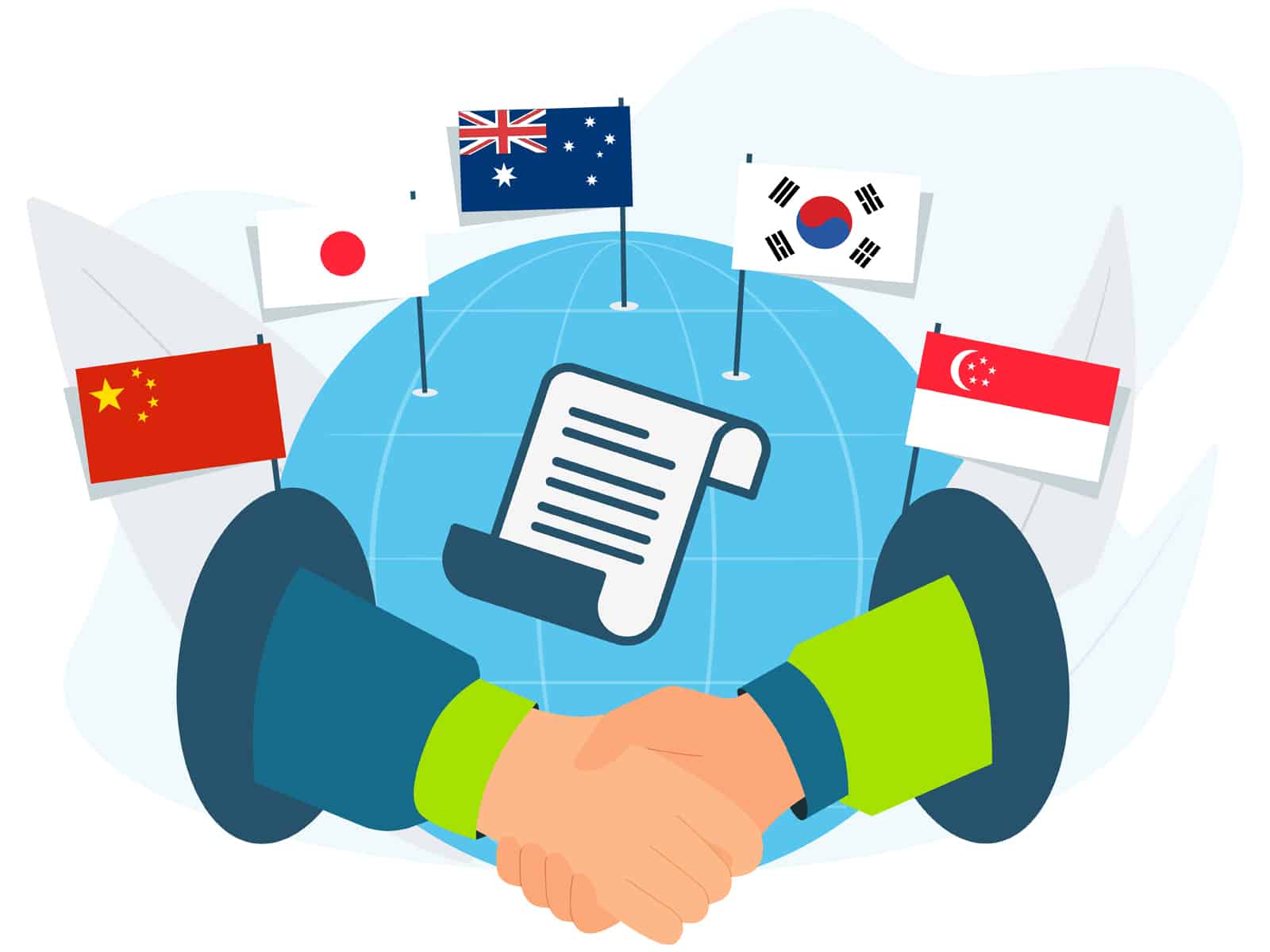 RCEP stands for Regional Comprehensive Economic Partnership, its members are made up of 10 ASEAN countries and 5 other parties: Australia, Brunei, Cambodia, China, Indonesia, Japan, Laos, Malaysia, Myanmar, New Zealand, the Philippines, Singapore, South Korea, Thailand, and Vietnam. India was meant to join initially but dropped out with an option to return and re-join the partnership.

The main purpose of RCEP is to unify and simplify tariff calculations, as well as establish common rules for e-commerce, intellectual property management, and cross-border trade.

A practical and immediate benefit of RCEP is the harmonization of rules of origin. Rules of origin were previously defined by a large body of free-trade agreements and determining origin of goods was a complicated process.

The formation of the bloc was a natural one, since over 50% of all international trade of the member countries is already happening with other bloc members.

The countries taking part in RCEP make up 30% of the world’s population and 30% of global GDP, which makes RCEP the largest economic economic block on the planet. All of the cross-border trade between RCEP members makes up to 28% of all global trade.

Moreover, this is the first trade agreement ever where China, Indonesia, Japan, and South Korea participate – and those are the 4 largest economies in Asia.

The countries participating belong to high-income, as well as middle-income and low middle-income economies, forming a balanced ecosystem that can grow together with mutually beneficial regulations. China, Japan, and Korea contribute to over 50% of RCEP global trade volume, and the agreement means access to new markets and distribution channels for “smaller” members.

If India decided to join RCEP that would mean the treaty covers half of the world’s population.

Who wins the most from RCEP?

As it seems now, Japan and Korea will win the most since they had no fair-trade agreements with China or even between themselves.

China wins big as well – its leadership position in the region is only going to become stronger thanks to RCEP. Right now it’s the strongest partner of RCEP, producing $14.86 Trillion GDP out of $26 Trillion of cumulative GDP of all member states.

Since under RCEP raw materials and intermediate goods will be classified as locally produced content, businesses will have a lot more sourcing options.

RCEP is said to reduce tariffs for 92% of all goods traded among the members.

Benefits of RCEP for consumers

According to Peterson Institute of International Economics, RCEP will increase the global national income to $186 billion, and will add 0.2% of GDP annually for all member states.

Simplified cross-border trade will increase the flow of goods, stimulate healthy competition, and enrich the market with more options and brands.

What does RCEP mean for SMBs?

If you are an exporter or a manufacturer in an ASEAN member state, your sourcing options will widen.

In simple terms, if you procure ingredients for your product within the RCEP countries, the final product is still considered produced in your country.

Another great benefit is the simplification of customs procedures. If you are trading perishable goods, they will be cleared in as little as six hours.

Another benefit of RCEP for small businesses – a great opportunity for marketing your goods to more countries. With RCEP, entering new markets will be easier and you will be saving on licensing, legal help, and managing your company’s intellectual property.

Aside from marketing, businesses are incentivized to look for new sourcing options. When more sourcing regions compete with one another, underdeveloped regions will get an advantage and a chance to grow. RCEP opens a lot of opportunities for both ends of the supply chain.

Is RCEP good for tech and service businesses?

As a result RCEP will be stimulating for the service industry, including tech and fintech platforms.

RCEP and other economic partnerships

RCEP will be the largest trade agreement in the world, exceeding the EU and TPP in size and volume, as well as output and global population.

Considering the benefits that RCEP will offer to its member states, things are looking extremely good for business growth.

If you’ve been thinking of going all in and doubling down on your business – this is the sign you’ve been waiting for!

What You Need to Know About The RCEP Trade Agreement Most Asked Questions on Letter of Credit